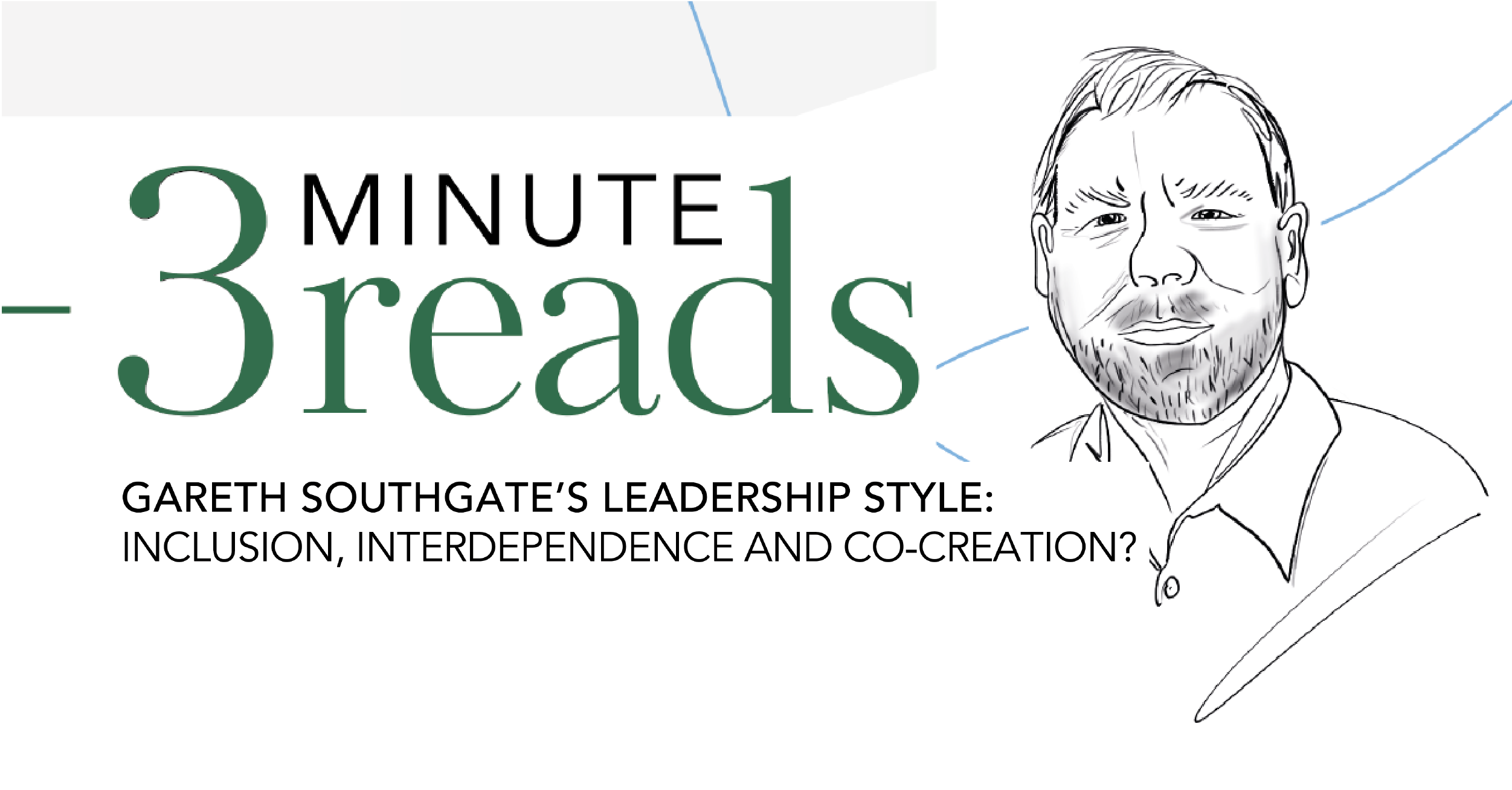 Moments after Raheem Sterling scored against Germany in the Round of 16 in the European Football Championship, TV cameraswere directed pitchside. 20 million British viewers were treated to aremarkable sight.

The English substitutes, led by Phil Foden, piledonto the pitch. Their unbridled joy was amazing to watch. Each and every one ofthem was selflessly roaring for the team.

Anxious second half fears were parked. Individual desiresto enter the fray were checked. Their unconditional support for the team on thepitch sent a message around the football world. The English squad are a real team.Diverse, mutually supportive and inclusive.

England manager, Gareth Southgate, has introducedan important dimension to this squad. With his regular rotations, open praiseof players, and resistance to media clamour for changes, he has created a culturethat values interdependence.

The skill of the individual is recognised, but theneeds of the team are never ignored. Part of this mindset involves recognisingthat talent alone is not the key to winning. Blending the right players for therequired system is paramount. Being selected is now dependent on overcoming theopponent’s way of playing rather than seniority, talent or media hypealone.

However, during a match, another force has to becontended with – split-second decision making. To pass or to shoot is decidedin a fleeting moment. Jack Grealish’s cross for Harry Kane’s first tournamentgoal appeared selfless. But, post-match, he admitted that he had thought ofshooting first. An urge he checked. Successful co-creation sealed England’sprogress to the quarter-finals.

This triad of inclusion,interdependence and co-creation, steadfastly curated by Southgate and his team,might be perceived as a very modern style of leadership. However, the importanceof these pillars is traced back to the late eighteenth century work of Americanthinker, Mary Parker Follett, in former US ambassador Matthew Barzun’s newbook*.

Her PhDshowed how Speakers of the US House of Representatives used formal and informalpower. They depended on unwritten practice rather than hierarchy and charisma.

Shealso argued, in later work, that business meetings should have the goal of‘making something new together’. For her, successful meetings involved leaving‘not quite the same person’ as when you arrived.

Let’shope that, under Gareth Southgate’s refreshing leadership, England make somethingnew together this weekend in Rome; and leave as players who have grown oncemore.

Whether you’re a prospective client, a potential colleague, or interested in what we do, we’d love to hear from you!

Get in Touch
Copyright © 2020 Pembroke and Rye Group. All rights reserved.